The viewneo app for Zapier 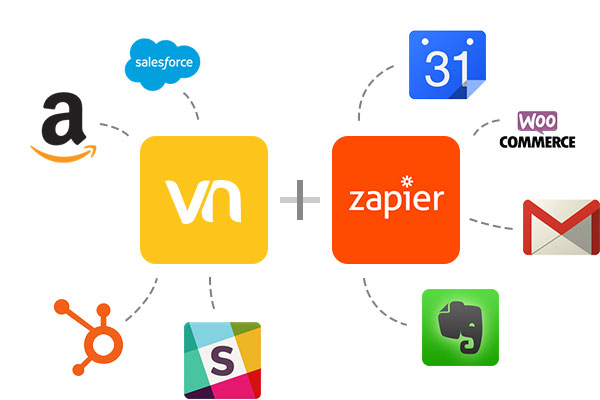 The Düsseldorf-based digital signage specialist Adversign Media is launching an application for Zapier. This represents an expansion into the area of automation and the internet of things (IoT) with a free software interface, which can be used to connect the digital signage content management system to viewneo.

Zapier is a web service that can automate actions from a variety of popular web applications, such as Gmail, Slack, Twitter, or Zendesk. Zapier - like the well-known platform IFTTT ("If This Then That") - acts as a kind of "translator" between the interfaces of the different web applications. The viewneo app for Zapier represents the first time an easy-to-use and cost-effective integration of applications in the field of digital signage has occurred. Previously, all changes and enhancements needed to be programmed manually.

The release of this interface shows that Adversign Media is shifting its focus towards the development of creative and innovative solutions in the fields of marketing and digital outdoor advertising.

With the viewneo app for Zapier, the monitoring of eCommerce activities is enhanced by allowing for the display of dashboards with individually compiled KPIs and metrics from third-party applications, such as SalesForce, Magento, and WooCommerce. Additionally, social media channels such as Facebook or Twitter can be quickly and easily combined with viewneo to display the latest posts and images directly onto displays. This opens up exciting possibilities for advertising agencies, restaurants, clubs, and restaurants. When viewneo is linked to Google Calendar, it is easier than ever to schedule content for meeting rooms or hotels.

Another interesting possibility is the ability to control content based on weather information. For example, an advertisement for a convertible at the rental car office is shown when the temperatures are above a fixed level or an advertisement for umbrellas is shown when the forecast calls for rain. Connecting with cloud providers such as Google Drive, allow the user the ability to transfer files directly from a smartphone to their digital display which is connected with viewneo.

The developer, Sebastian Neumann, explained the functionality of the interface as, "basically the actions triggered by the user in Zapier can be selected for each 'Zap', as well as the ability to freely define several actions. These actions are then used to trigger your own viewneo account, or conversely, a trigger which has been set in viewneo can trigger an action in another web application. For example, if a device group is temporarily offline due to a power failure, the user will be sent an email message or text to their smartphone letting them know, so they can fix the problem quickly." Another great feature for users is that the possibilities for linkages with other applications are endless. "The possibilities that our users when using viewneo and Zapier are only limited by their own imagination", Neumann explains.

The beta version of the application is available to be tested and the official release will be available on zapier.com free of charge from January 15, 2018.